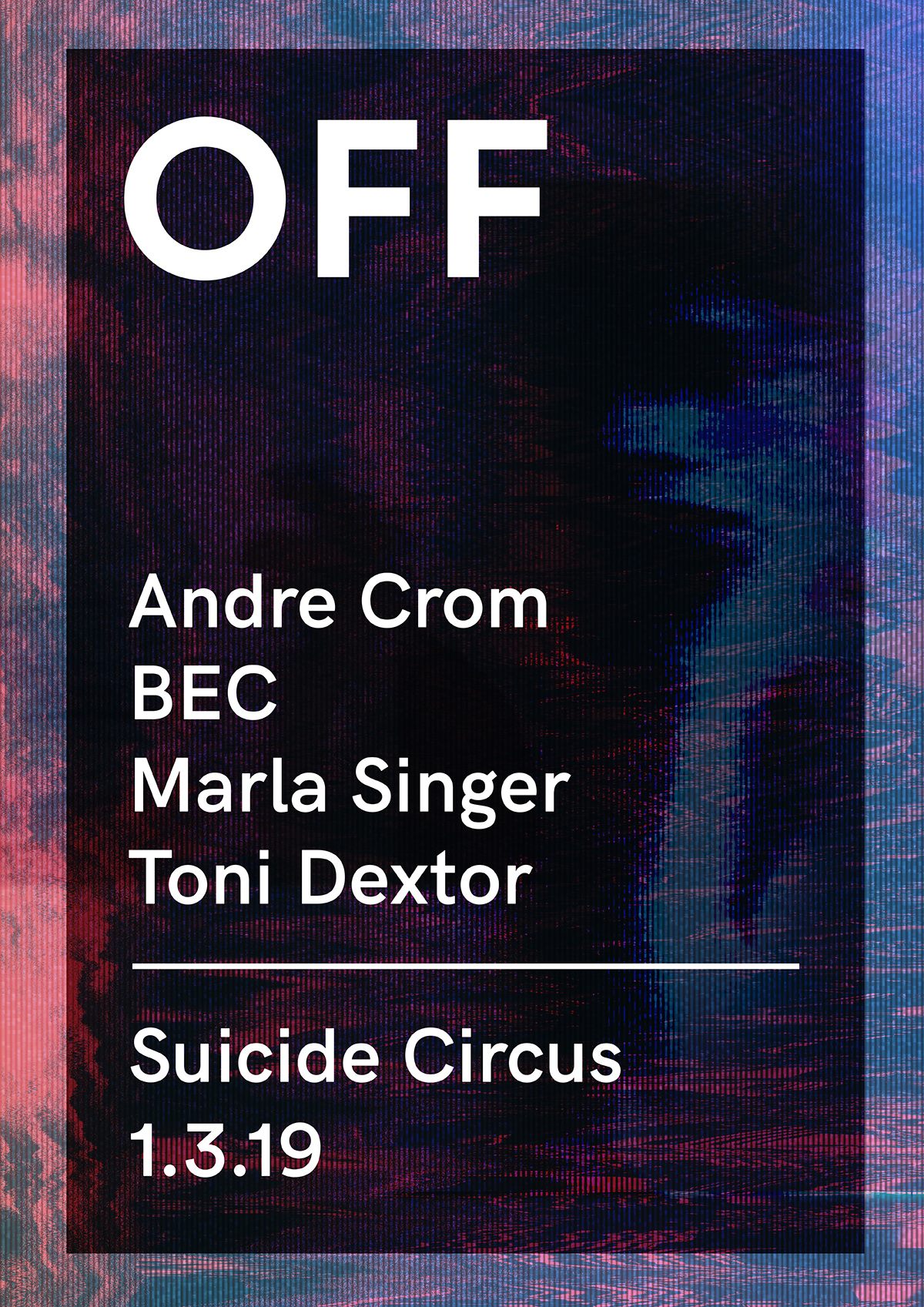 For its first labelnight at Suicide Circus Berlin, OFF Recordings present a compelling lineup of established and fresh artists.

Labelowner Andre Crom has long been known as DJ in Berlin and the rest of the world. His releases on labels like OFF, Tronic Music, Sleaze Records, Ovum Recordings and many others are mainstays in the sets of artists like Chris Liebing, Amelie Lens, Adam Beyer, Len Faki and many others. After his recent return to Berlin from Barcelona, he’s been active in our beloved „techno capital“ more than ever.

BEC has seen a dynamic rise in the past year, thanks to releases and remixes on Second State, OFF, Voight and other labels, taking her to gigs all around the world, incuding Burning Man and a recent Australia Tour. Her positive energy behind the decks wins the hearts of dancers all around the globe.

Marla Singer is a french artist now living in Berlin, having played some of our cities most prestigious underground techno clubs like Griessmühle or Tresor, but also touring the USA regularly, as well as the techno capital of Georgia, Tbilisi. His production skills landed him releases on ARTS and many other respected techno labels. His debut EP for OFF Recordings will be out soon as well.

Toni Dextor is a young talent OFF recently signed. Well schooled in the techno arts by regulary attending the „Berghain university“, he has had well received releases on OFF and made of CONCRETE. He also recently played at Tresor.Berlin (OFFICIAL)’s „New Faces“ night, as well as Sisyphos. His techno is dark and energetic.